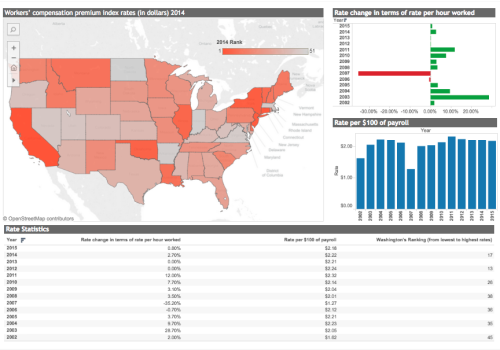 As part of my recent data visualization internship with the Department of Labor and Industries in the State of Washington, I worked with the R programming language to create sleek, interactive graphs using the rCharts package. However, Tableau played a key role in the internship’s success and I wanted to give their software a try using the same data. If you haven’t already heard of Tableau, you will in the near future. Their goal is simple– to make data understandable to all people. Beyond that, Tableau seeks to ease the process of loading, scrubbing, filtering, and visualizing data. Tableau’s Data Interpreter is surprisingly helpful when it comes to molding your dataset for visualization.  I created two dashboards–one dashboard relates to worker’s compensation rates and the other is concerned with worker injury data. I found Tableau’s user interface extremely easy to use.  If you don’t have any programming experience, it offers a very solid means of creating visualizations in a very user friendly manner.  Give Tableau Desktop a shot with a free trial for a simplified experience of data manipulation and visualization. 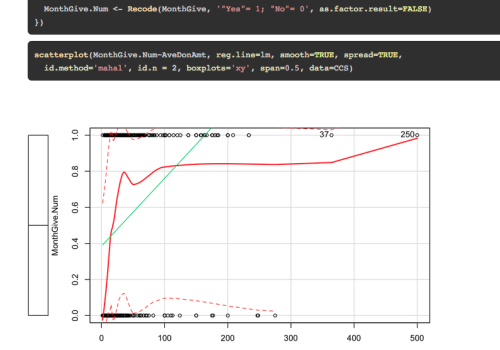 Linear regression, as a predictive modeling tool, is undeniably very useful when it comes to making predictions based on historical data. The modeling tool does have its limitations, however. One notable shortcoming is that a categorical variable violates the assumptions of linear regression. As a workaround, a person could assign numerical values to the categories– such as 1 for “yes” and 0 for “no”. So using categorical variables with linear regression is certainly possible, but not ideal. More suitable predictive methods are available and this tutorial will introduce logistic regression as a more appropriate method for categorical variables– specifically, binary variables. My logistic regression tutorial is a very condensed rendition of the tutorial offered in Customer and Business Analytics: Applied Data Mining for Business Decision Making Using R by Daniel S. Putler and Robert E. Krider.  We will use the BCA package in R, which was created by the authors to be used alongside the text. I strongly recommend this textbook to anyone seeking to learn the theories behind data mining while also getting hands on experience with the R language. The tutorials at the end of every chapter provide a great means of applying the concepts. This particular tutorial is from Chapter 5’s introduction to logistic regression as a predictive method. The dataset used to demonstrate logistic regression in R comes from a project conducted for the Canadian Charitable Society, or CCS.  It was CCS’s goal to create a model that would provide insight into which of their donors should be contacted to join a monthly donation program. CCS had data that suggested that the donors who joined the monthly donation program tended to donate more, and with a very low attrition rate to boot. Unfortunately, only about one percent of current donors chose to join the monthly donation program when it was previously offered as a payment option.  CCS concluded that the donors needed to be better targeted for recruitment into program and decided upon a mailing campaign to accomplish this goal. However, to mail the promotion to each and every donor would not be cost-effective in the slightest. Furthermore, the success rate would be most likely be very low. With this in mind, CCS hoped to target only the donors that were more likely to donate. A database containing donor data was put together which included donation history up to receiving the promotion and a variable which indicates whether the donor joined the monthly donation program after receiving the promotion.  In this tutorial, we will use this database to construct a model to predict which of the charitable society’s other donors should be targeted. Before diving into the tutorial, there are a few concepts of database marketing that deserve a brief mention– oversampling and model validation. As mentioned earlier, the portion of donors that actually joined the monthly donation program was extremely low. In turn, it is tough to determine which of the variables have the most impact on influencing a donor’s successful recruitment to the program. To adjust for this, a new database was created in which an equal number of donors that joined and did not 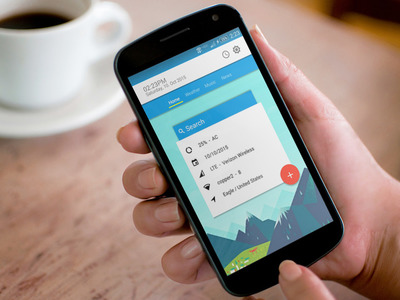 When I find the time, I enjoy customizing my Android’s homescreen using what I believe to be the best theming tool available on any mobile operating system– Kustom Live Wallpaper (KLWP). In Kustom, adding animations to objects is a breeze. With a little bit of time and effort, the average user can produce a highly personalized theme. This summer, I have spent a good chunk of time designing themes that somehow incorporate animated objects. Smoke rising is one animation I’ve found is very easy to animate and is also very satisfying to watch. Below, I’ve shared a handful of themes I’ve created in the last few months. Kustom Live Wallpaper: Play Store Nova Prime Launcher: Play Store 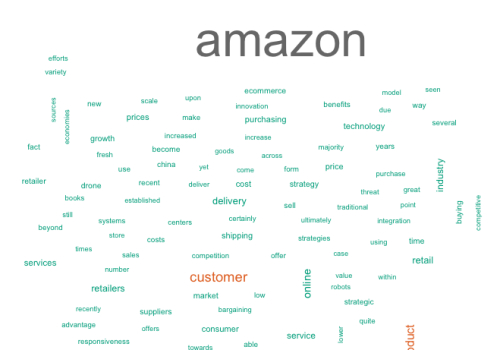 A few days ago, I stumbled upon an awesome learning platform at togaware.com/onepager/. One of the tutorials offered on the site is in regard to mining text in R using the tm and Snowball packages. Out of curiosity, and a desire for more hands on experience in R, I thought I would try out the tutorial in R Studio for myself. I also decided to mine my own text– an analysis of Amazon’s performance through the lens of strategic management. The analysis consists of several short essays which touch on a different aspect of strategic management at Amazon. Not only does the analysis reveal insights about Amazon, it also allows me to learn more about my writing style– from my sentence structure to the adjectives I tend to use most. To view the original tutorial in it’s entirety (my tutorial is a bit more condensed), and to mine the text files from the original tutorial, see here.

I had the opportunity to be a part of Washington State’s effort to make government data accessible and more meaningful to the average individual. I collaborated with a State of Washington agency, the Department of Labor and Industries, in order to create intuitive displays of labor and industry data. In addition to having an agency mentor, I also had the chance to work alongside several industry mentors from Socrata, an open-data solution that played a key role in the reproducibility of the visualizations. In regard to producing the visualizations, there is no shortage of business intelligence software available to the public– many of which come at no cost. Microsoft Power BI and Tableau Desktop are excellent offerings when it comes to manipulating and displaying data. What’s more, is that both softwares offer an easy-to-use graphical interface.  I chose instead to take a slightly more “challenging” route, one that would require a bit of programming. Having already used the R language in my senior semester at Gonzaga University, I had a solid foundation of visualizations to draw from. I was already familiar with the powerful charting packages of ggplot2, rCharts, and googleVis, so it made sense to build off of this knowledge base. Beyond this, I wanted to improve my programming abilities in R and expose myself to a wider breadth of packages and functions.  R is a programming language that emerged in 1993, as an implementation of the preexisting S language. It is frequently used by statisticians and data scientists for data analysis and recently, studies reveal that R‘s popularity is growing at a rapid pace. Having previous experience with R in the context of data visualization and business analytics, it made sense to me to continue learning the language and to put my foundational knowledge to use. Being able to easily update the visualizations to reflect new data was a primary concern for the project. Having the data hosted on Socrata’s public portal provided a huge benefit– version control. During the exchange of data from the agency, I encountered issues of having multiple revisions of spreadsheets– each having their own discrepancies. Quite humorously, some of my more common naming methods included finalcopy.xlsx and finalcopy1.xlsx. As you can imagine, making sense of which spreadsheet was the most up-to-date became a major inconvenience. In hosting the data on Socrata, there is only ever one working copy of the data set.  When new annual data emerges, the online dataset can be updated with ease and upon running the R script I created, the visualizations are reproduced.  A completely separate bonus that comes with Socrata’s use is transparency, in that the data is made accessible to the public. Any person can access the data and beyond that, they can explore the data for themselves. As a result, open-data directly encourages innovation and ushers in new opportunities through data. The data I was provided pertained mainly to worker’s compensation in the State of Washington. This included data such as injury claims, worker’s compensation rates over time, and claimant demographics.  The tabbed section below shows .gif’s of visualizations from each of these three areas of interest. Because the R visualizations are interactive, I used .gif’s to